The project is in the Proterozoic-aged Earaheedy Basin which covers an area of approximately 400km x 100km. 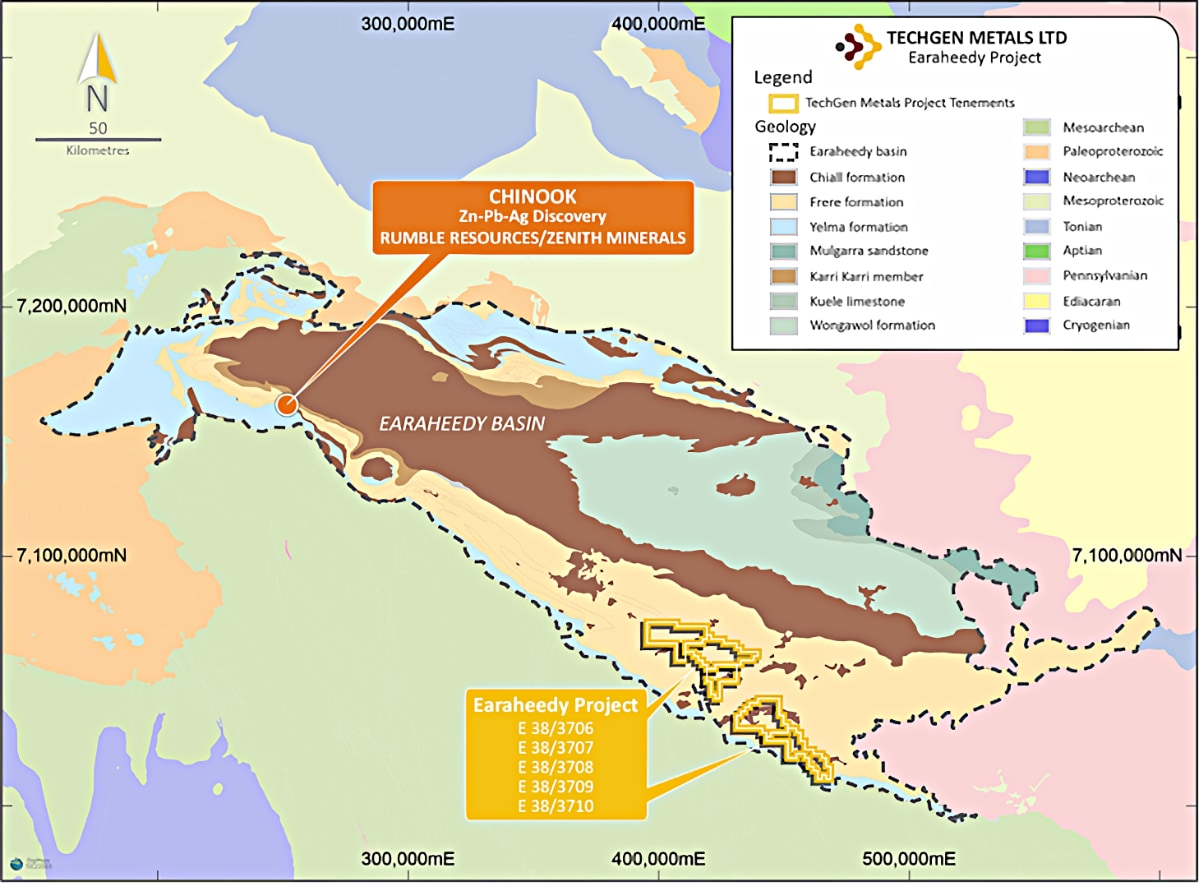