The North Nifty Project is located approximately 250km northeast of Newman in the Eastern Pilbara Region.

The North Nifty Project lies within the Yeneena Basin which has been explored by a variety of companies since the discovery of the Telfer gold-copper deposits in 1971. Exploration led to the discovery of the Nifty copper deposit in 1981 and subsequently the Maroochydore copper deposit. The Project has experienced limited exploration with exploration to date focusing on the Hakea Prospect, a broad copper anomaly identified initially by lag sampling. A small aircore and RAB drilling program have been completed over the prospect by previous explorers. 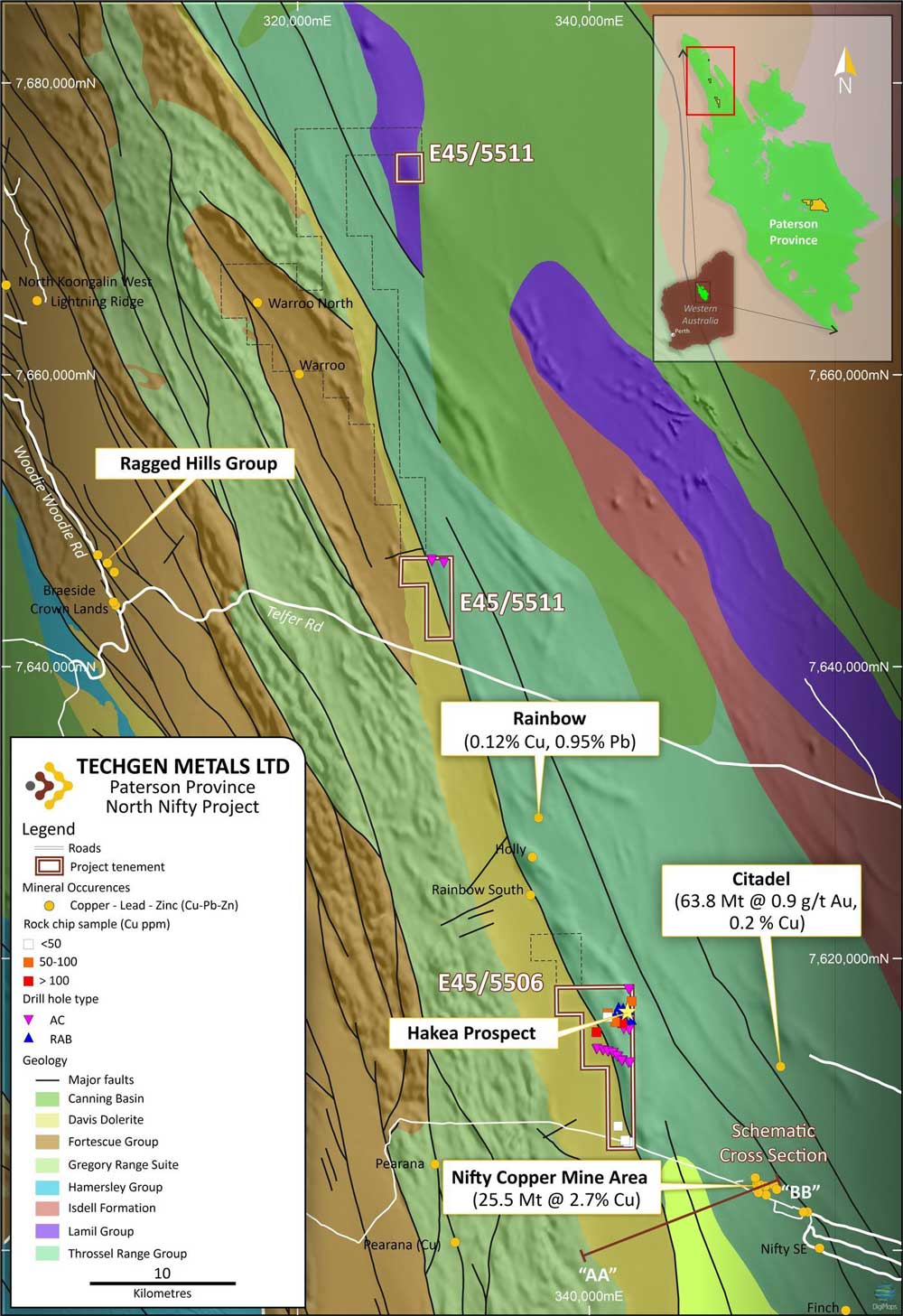