The El Donna Project is located 50km northeast of Kalgoorlie in the Goldfields Region of Western Australia.

The project area covers Archaean greenstone terrane that is considered prospective for hosting structurally controlled lode gold deposits and has been the subject of a reasonable level of previous exploration. The principal area of interest is a colluvium and laterite covered area between two historic gold mining centres, the Mayday North Gold Mine to the north and the Penny’s Find Gold Mine to the south.

Gold mines along strike 2km to the North (Mayday North Gold Mine) and 3.5km to the south (Penny’s Find Gold Mine) 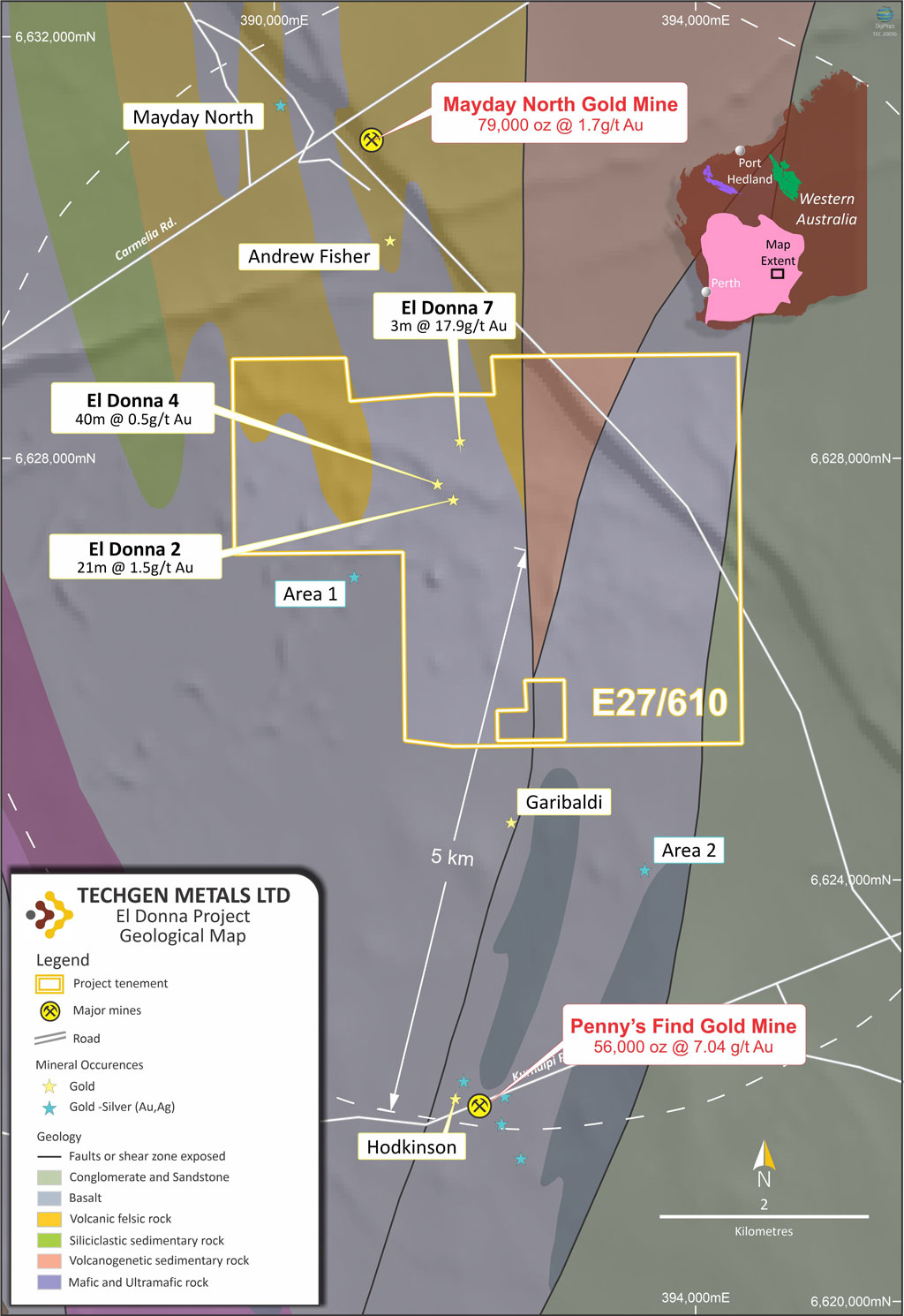